Unique vision for an unusual brand

The community of the 10 European lotteries agreed on the need to create a unique design that would harmonise EuroMillions’ image in Europe and bring people together around this game. After consulting each lottery and analysing its local positioning, we identified the common needs of expression and design.

The harmonisation in the brand expression and the communication carriers is a first since the launch of the European lottery in 2004. We created a constellation of the EuroMillions stars, that symbolises a strong unity and gathers the lotteries around one unique design, which holds the values of the game.
For the record, when the game was created, the stars symbolised Europe. 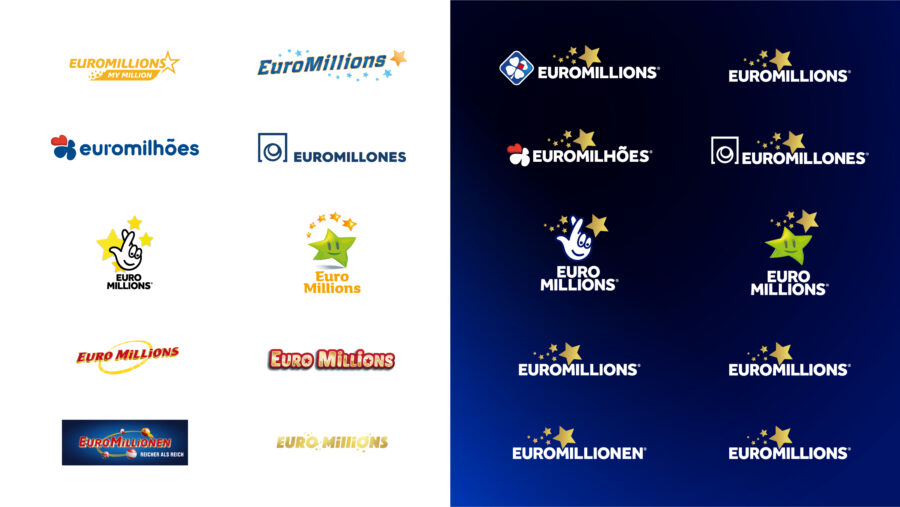 The local peculiarities such as the translation of the name are generated by the « set & flex » system. The « set » includes the unescapable elements of the brand : the stars, the blue and gold colors and the typography. The « flex » on the other hand, comprises the local names, and every aspect of the design which is bound to change: EuroMillions, translated in the local languages, and the positioning of the star which can be adapted to the name.
Thus, the new brand whose design has been simplified, sets an official design, which Euromillions can be recognized by, in all the lotteries of the community.