In 2011, we designed a concept store of over 400m2 for Pierre Cluizel in the heart of Saint-Germain-des-Prés in Paris. Called Un Dimanche à Paris, the concept included a shop, restaurant, kitchen, and private lounge.
Today, the concept is being exported to Dubai. On the new Bluewaters island, the two-level space with waterfront terrace embodies the Parisian lifestyle for Emiratis. The ceiling of the Parisian concept is enlivened by a large and luminous canopy with a cacao leaf motif, which is carried on throughout the space, most notably into the opening of the main stairwell, embellished by a 6.3m high chandelier made of 1,000 folded metal leaves.

“The important thing, when all is said and done, is to adapt one’s offer while still keeping one’s core DNA. You must consider the concept, the architecture, the design, and the country’s way of life while also protecting the dignity of gastronomy and elegance à la française.” Pierre Cluizel – excerpt from Le Parisien 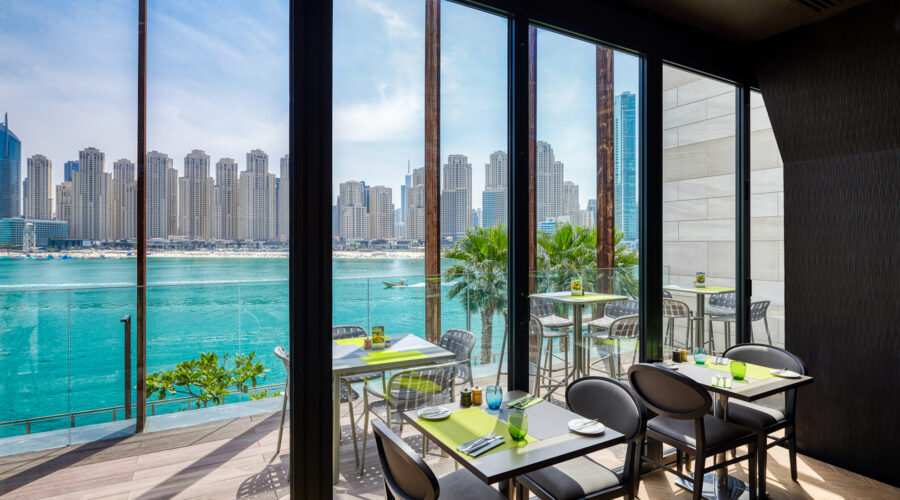 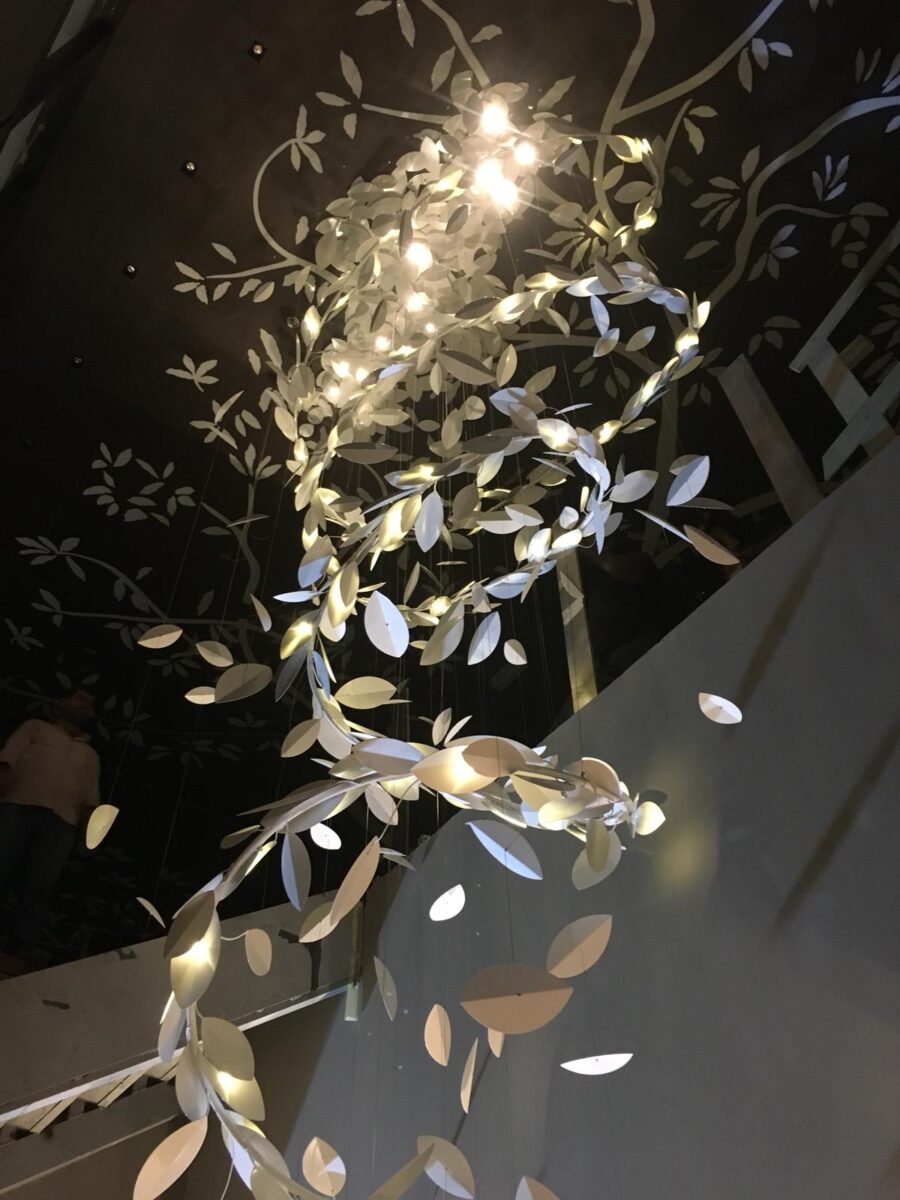